One of the Biggest Cricket Tournaments of Odisha – Tilo International Cup which boasts of a history of over 3 decades will now enter its 28th Edition of International Tilo Cup which begins from January 22nd to January 29th, 2023. The first edition of tournament was an inter-district tournament started in 1990 in Bhadrak district of Odisha and today the tournament boasts of teams coming from different parts of India. Even the likes of MS Dhoni back in the days representing South Eastern Railway Sports (Khadakpur) has played in this prestigious Tilo Cup in 2002. Those towering sixes and helicopter shots of MSD were witnessed first hand by Tilo in 2002 before he became a popular world figure. Even players like Manoj Tiwari, Ishan Kishan and Venugopal Rao have also played in this tournament. 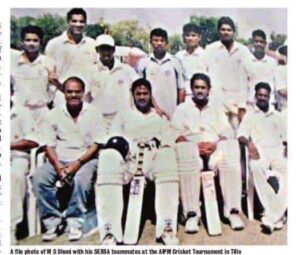 In 2016, Tilo Cricket Association became the first in State Odisha to host International Club/Corporate level tournament and stay tuned for some exciting action from 22nd of January, 2023.  It’s one of the most professionally conducted tournaments where popular players from different parts of the world and top corporate teams come and take part in this event.

As Mr. Sambhav from Tilo Athletic Association shared “ It’s just not a game, it’s a festival, this tournament is like a festival played with high emotions and passion. Everything is executed in the most professional manner and even the officiating umpires in these tournaments are from the panel of Odisha Cricket Association. Such is the love and passion in Tilo Village, that thousands of people come and throng to the grounds to watch these matches. Reputed teams and players come over and the very reason behind this is the hospitality provided by Tilo, the professionalism and discipline, the consistency which has made this cricket carnival a big success”